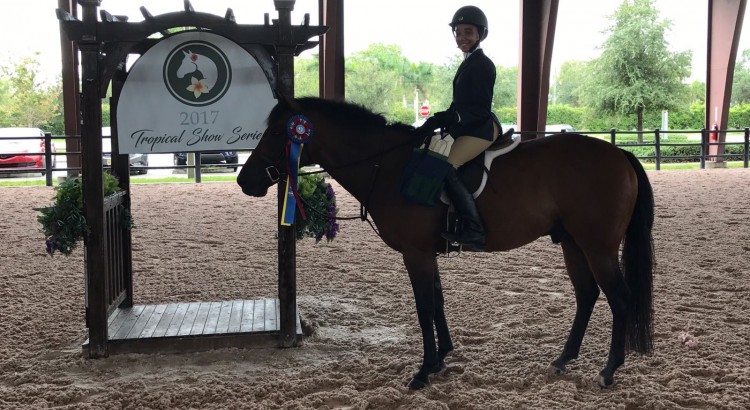 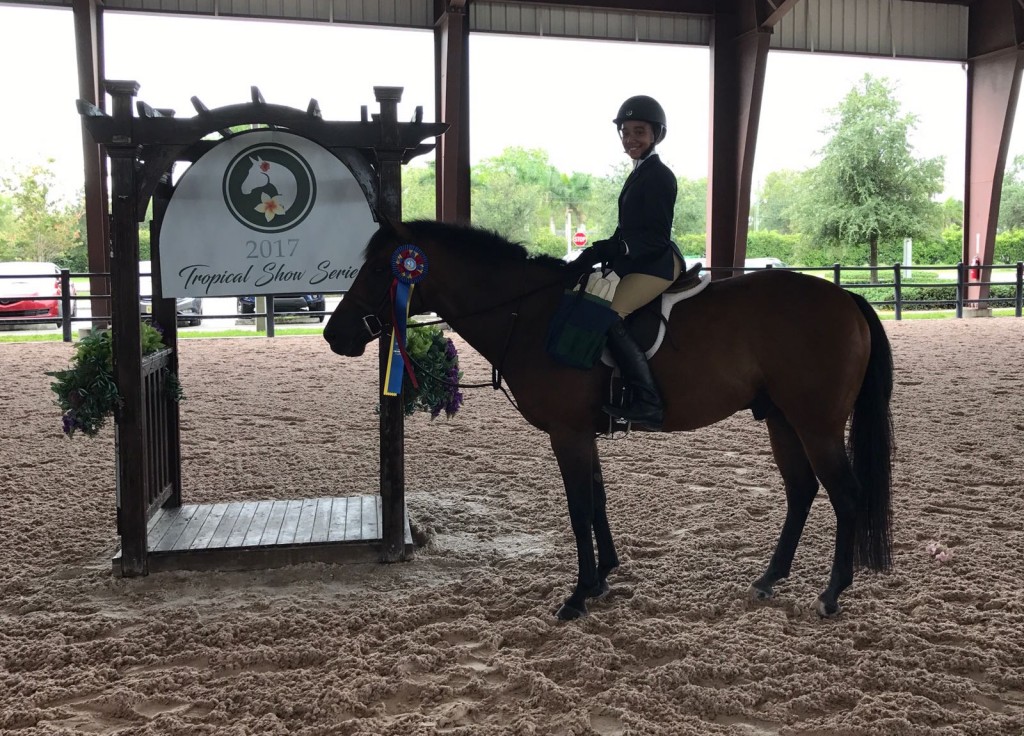 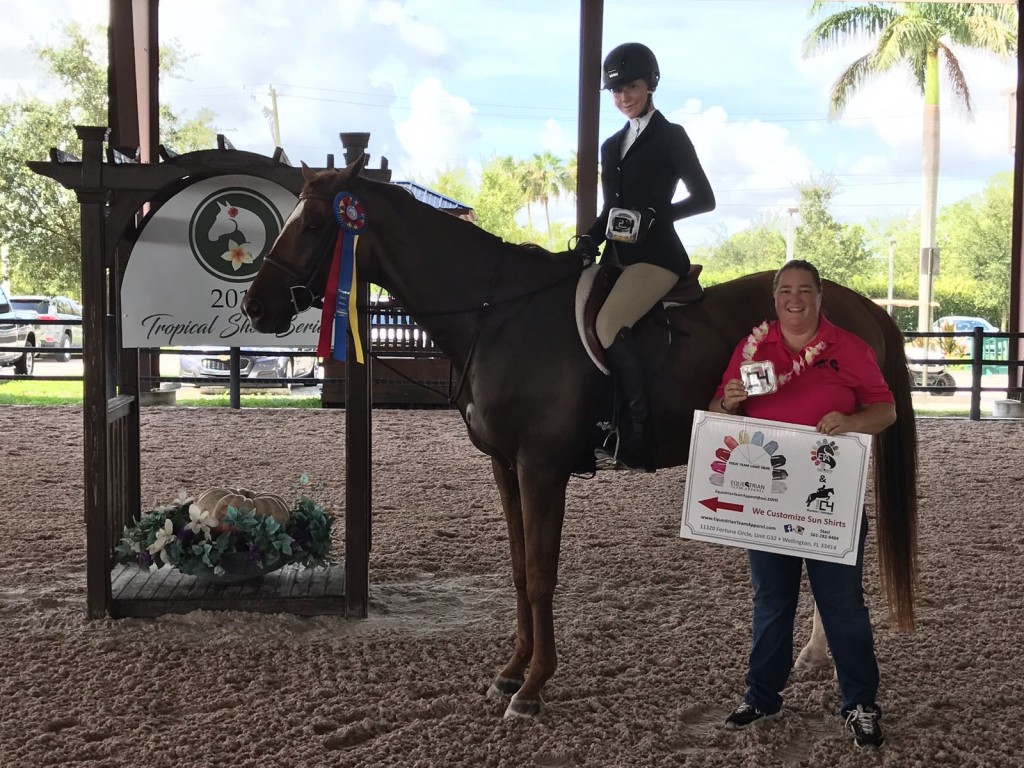 Equestrian athletes Mila Sands and Gabriella Moran returned home to Nassau this week in triumph after their success in the first leg of the Tropical Show Series, held in Wellington, Florida. Sands and Moran were accompanied by their trainer, Mrs. Kim Johnson.

Although this was the first time competing abroad for both riders, Sands and Moran distinguished themselves from the very first day. Sands was Champion in the Child Pony Equitation Division, while Moran bested a field of over twenty riders to win Champion in the Child/Adult Equitation Division. Success continued on the second day of competition, when Sands placed second in the Pony Medal. Throughout the competition, Sands and Moran rode horses owned by Carriage Hill Farms of Delray Beach, Florida.

Trainer Kim Johnson expressed pride at the riders’ performance. “There was a lot to take in,” she noted. “It was their first horse show abroad, on unknown horses, as well as their first time riding in a covered arena.  They were poised and focused on the technical elements and the results showed.”

Mila Sands attends Queens College and is the daughter of Sakina Sands and the Honourable Dr. Duane Sands, Minister of Health.  Gabriella Moran is a student at St. Andrew’s School, and the daughter of Dominika Moranova and Moran. Both riders are looking forward to their next show abroad!