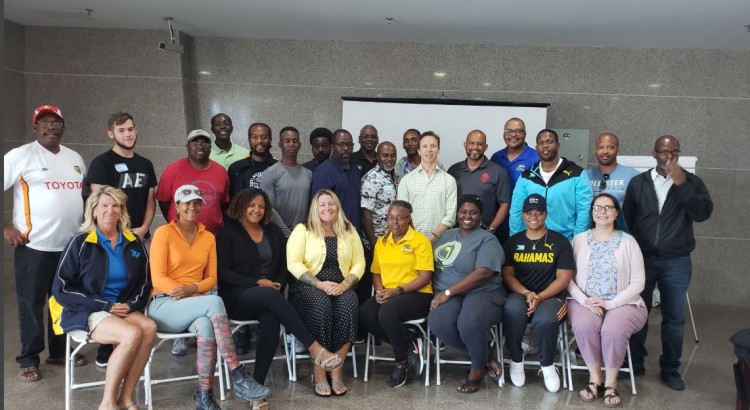 A strong Queens College team rode to victory for the first time ever in last Saturday’s Bahamas Interschool Equestrian League horse show, the final event of the BIEL competition season. However QC’s strong showing was not enough to unseat the Lyford Cay International School team in the overall standings. For the third year in a row the LCIS team and coach Erika Adderley successfully defended their status as Champions of the Interschool Series.

“The Bahamas Interschool Equestrian League continues to grow. Each year we have added teams, the teams are fielding more riders, and the competition is fiercely competitive,” said Cathy Ramsingh-Pierre of Equestrian Bahamas, the country’s Equestrian Sporting Federation. “The Championship Series consists of three shows, and we are seeing more parity in competition. This year for the first time ever each show was won by a different school.”

The Championship Series consists of interschool horse shows held in December, February and May. Windsor School won the first competition while LCIS won the second, but last Saturday, the Queens College team of Peyton Wong, Mila Sands, Hannah D’Aguilar and Molly McIntosh turned in poised and consistent performances to assure QC’s first ever victory. The QC team coach, Ms. Kim Johnson, praised the riders for their effort and diligence.

The Bahamas Interschool Equestrian League Championship Series is designed to prepare junior riders for collegiate competitions. Shows are based on the format of NCAA and IHSA intercollegiate competitions in the United States. Last Saturday’s show was held at Camperdown Equestrian Centre and was judged by Ms. Sabrina Lightbourne, former member of the Bahamas National Junior Equestrian team. Mr. Dorian Roach, Vice-President of the Bahamas Olympic Committee, was on hand to congratulate the riders and hand out the awards.

The overall placings for the Bahamas Interschool Equestrian League Championship Series 2018-2019 were as follows: