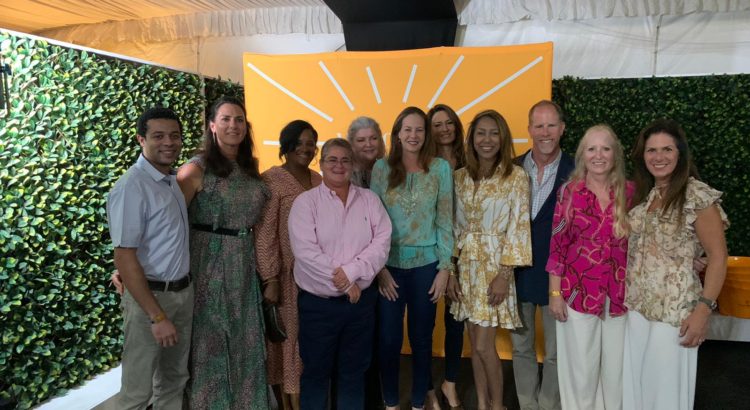 Bahamas Equestrian officials had much to celebrate at the recent Pan-American Equestrian Confederation 20th anniversary Gala Event held in Wellington, Florida. The Pan-American Equestrian Confederation (PAEC), a member of the Pan-American Sports Organization (PASO), is comprised of the National Federations of the Americas and the Caribbean and was founded in 2001 to promote sustainable equestrian sport in the Americas. EB officials joined representatives from the FEI and fellow delegates from PAEC member nations to commemorate the organization’s anniversary.

From a national perspective the most significant event of the weekend was The Bahamas’ formal entry into the Caribbean Equestrian Association (CEA), a group which already counts Antigua and Barbuda, Barbados, Bermuda, Cayman Islands, Haiti, Jamaica and Trinidad & Tobago as members. Formed in 1997, the CEA’s objectives include encouraging equestrian activity within the Caribbean, promoting the training of equestrian officials in the region, and facilitating intra-Caribbean equestrian events.

The President of the CEA, Heidi Mello of Bermuda, welcomed The Bahamas as the newest CEA member. She spoke of her goals for equestrian sport in the Caribbean, placing a priority on the education of officials, coaches and athletes.

As the CEA Jumping Representative for The Bahamas, EB President Cathy Ramsingh-Pierre noted that “Bahamian equestrian sport will benefit hugely from this regional partnership, and from the wealth of knowledge President Mello brings to the CEA”. She praised Mello for the creative initiatives the CEA is now putting in place to revitalize equestrian sport in the Caribbean. “These initiatives fall into three broad categories,” explained Ramsingh-Pierre. “First Heidi has made it a priority to facilitate training opportunities for regional officials. Under her guidance the CEA is also implementing a coaching certification programme to certify Caribbean equestrian coaches, and expanding regional competition formats by implementing the Caribbean Mini Jumping Challenge. Equestrian Bahamas looks forward to active participation in each of these initiatives.

The Caribbean Equestrian Association Mini Jumping Challenge (MJC) was developed to offer a regional competition for up-and-coming riders and is open to all CEA member countries. Equestrian Bahamas expects to hold its inaugural MJC event in the fall of 2022.