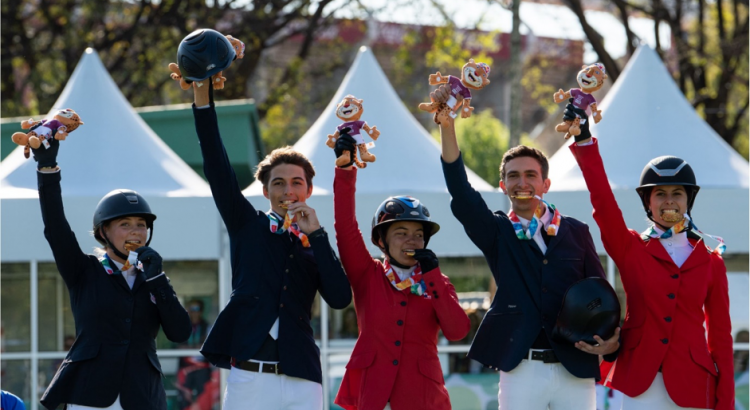 Against the backdrop of civil unrest being played out across North America in recent weeks, questions about underlying ideals and values and systemic discrimination are being raised… not only regarding race, but also in gender and in other forms. Athletes in various sports have spoken out on this topic. Last week, Equestrian Bahamas participated in a virtual Zoom discussion about diversity and inclusion in horse sports which was hosted by Heels Down Magazine.

The discussion featured four Black equestrians who shared their experiences as horseback riders in America, and their ideas on improving diversity and inclusion in the sport. The panelists represented a cross-section of Black participants in equestrian sport, including an amateur rider; an agricultural entrepreneur with over 15 years horse experience in reproduction and barn management; a successful trainer and activist, and a professional Grand Prix rider.

Mrs. Bonnie Davis, Secretary-General of Equestrian Bahamas, participated in the Zoom discussion and described it as “an eye-opening experience”. One hot topic of discussion was the financial constraints which pose a major challenge for Equestrian athletes from all small island nations, particularly athletes aiming to compete at the highest levels. These challenges can be met through stronger support at the corporate levels.  During the panel discussion Davis addressed the issue of sponsorship, noting that, “Many of the large equestrian clothing companies, for example, have limited diversity…how do we change this mindset?”

Davis’ son, Marcus Davis, is an aspiring Bahamian equestrian who embodies the modern diversity of the sport. Marcus began riding at age 7 with local instructor Kimberly Johnson. He later moved to Canada to pursue his academic and equestrian goals. A Senior at Queens University studying Applied Economics, Marcus trains with world-renowned trainers Amy Millar and Alex Grayton at Millar Brooke Farms in Perth, Ontario. His goal is to qualify for and represent The Bahamas in the upcoming Pan-American Games.

“The values of diversity, inclusion and equal opportunity are embedded in the Mission and Core Values of the Fédération Équestre Internationale (FEI), the governing body of Equestrian Sport,” noted Cathy Ramsingh-Pierre, President of Equestrian Bahamas. “Equestrian is already the highest-ranked sport in the world regarding gender equality. On the world stage, national Equestrian Federations are now focused on achieving the same degree of equity and inclusion with regards to race, not only in principle but in practice. Here in The Bahamas, we are proud to participate in a sport where race is not an issue. Gender is not an issue. As a Federation we are about promoting the principles and values of responsibility, sportsmanship, and ethical competition while enjoying the bond between rider and horse. Our mandate is inclusion – a sport for all.”