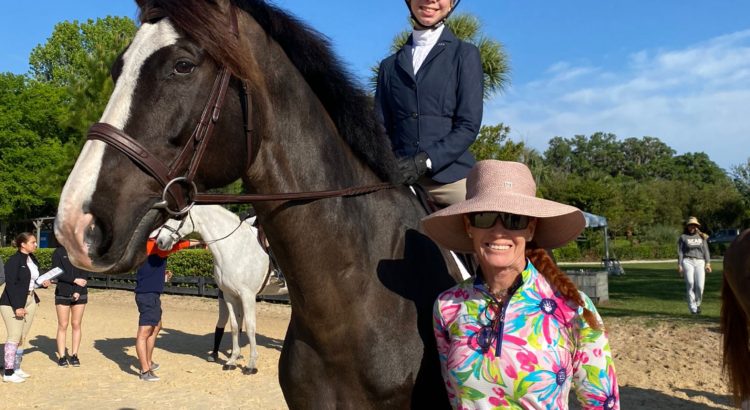 University of Tampa Equestrian Peyton Wong ended her competition season ranked 6th overall in the 2022 High Point Rider standings for Zone V Region 5 of the Intercollegiate Horse Shows Association (IHSA). This ranking is based on the points accumulated by all riders in every division in every show over the course of the IHSA season.

Riding in the Open Division, the highest and most competitive in collegiate competition, Wong’s High Point Rider ranking was boosted by her solid performance at the final show of the season, the IHSA Zone V Region 5 Regional Finals, which took place in Ocala, FL. “This last show was an amazing way to end a great show season,” she noted. “I pulled an amazing horse Argon who helped me place 2nd in the flat and Cupido who helped me achieve 5th over fences.”

In collegiate competition, horses are furnished by host colleges and are chosen by drawing lots. The format fairly tests the horsemanship of the athletes as there is no opportunity for warmup, or practice, before entering the ring. Divisions range from Beginner to the Open Division for more experienced riders.

Wong’s strong performance helped the University of Tampa Spartans Equestrian Team to finish 7th out of the 16 teams competing at the IHSA Zone V Region 5 Finals. In reflecting on her successful season, she gave credit to her coach, Karey McGee of Premier Show Stables, and to her teammates, saying “I knew it was an honour to have been placed in this division and know that my trainer and other team members had faith in me to compete at such a level.” She also praised the opportunity to “compete at very nice facilities and alongside amazing riders”, and “to bond with all my team members forming close friendships.”

The Spartans will have to do without Wong this coming fall as she plans to take a semester abroad to study in Ireland; she looks forward, however, to rejoining the team in the Spring of 2023!