Join our community, as we support and encourage each other – learning, growing, and developing our sport through excellence! Whether you are a rider or parent, horse owner or trainer, sponsor or visitor, we hope you will find something of interest in our site.

Welcome to the 2022-2023 competition season! Whether you are a lifelong enthusiast or just beginning to discover the joy and fulfilment of riding, now is the time to join or renew your membership in Equestrian Bahamas – the recognized National Federation for equestrian sport in The Bahamas.

Membership in EB opens vistas of opportunity for exposure and education at every level. Through engagement with our partner organizations worldwide, the Federation affords athletes, coaches, officials and supporting members access to a wide range of competitive and educational opportunities for learning and growth as an equestrian. Your membership also helps to further EB’s mission of making equestrian sport accessible to a broader spectrum of Bahamian youth.

EB has many exciting events, competitions and clinics planned for this season. As the newest member of the Caribbean Equestrian Association (CEA), we look forward to joining our fellow Caribbean nations in regional equestrian competitions, while continuing our partnership with other organizations such as the Princeton Equestrian League and the Marshall & Sterling League. School aged riders may continue to participate in our Bahamas Interscholastic Equestrian League show series: fun, team-based competitions which provide practical experience in the intercollegiate competition format. Be sure to speak with your trainer to learn more about how to sign up for, and participate in, the fantastic opportunities available!

Please note that due to circumstances beyond our control, we will not actively participate in the US-based IEA competitions this year. (Please contact Zone 4 Region 13 President Erika Adderley or Vice-President Kimberly Johnson if you have further questions.)

To learn more about EB and our calendar of events for 2022-2023, please explore our website. Please remember to review the EB Code of Ethics, available under the Resources tab of our Horse Shows page . Updated Rule Books and Class Specifications and a full competition calendar are available.

Membership payments may be made through your trainer (cheques should be made payable to Equestrian Bahamas), or by direct deposit. Your trainer will be able to provide banking details. If paying online, please note the name of the EB member on whose behalf the payment is being made. Please direct any questions regarding membership payments to Mrs. Sabrina Wong at [email protected]

Please note that the competition scheduled for October 1-2, 2022, at Mariposa Stables, has been
cancelled due to uncertain weather conditions. Our first event therefore will be the CEA Educative Event from October 20-23, at Camperdown Equestrian Centre. This initiative will include Officials’ training, the inaugural CEA Mini Jumping Challenge, and an Equitation “Judge on the mic” competition and clinic. Stay tuned for more information!

Thank you for your support. We look forward to a fantastic year in equestrian sport!

The Caribbean Equestrian Association (CEA) announced the results of its 2022 Mini Jumping Challenge, with Bahamian rider Katerina Coello winning the top overall individual score. Over 40 riders across the Caribbean competed in the 2022 CEA Mini Jumping Challenge (MJC). Each leg of the Challenge was held in a different country, allowing athletes to compete on their own horses over a pre-set jump course contested at three different heights: Class A (0.50 metres), Class B (0.60 metres) and Class C (0.70 metres.)

The Bahamas joined the CEA in February 2022 and held its first MJC event in October 2022, at Camperdown Equestrian Centre. The jumping rounds were judged on the concept of “Optimum time”, designed to give riders an understanding of the correct speed at which a show jumping course should be ridden under international rules. The order of finish in each class was dictated by how closely the rider’s time matched the “Optimum time” of the course.

Under these conditions The Bahamas’ Katerina Coello (riding TGIF of Mariposa Stables) was nearly perfect, finishing just 0.02 seconds off the Optimum time and edging out Barbados’ Kai Cook-Johnson by three-hundredths of a second, to be named the top scorer of the MJC.

Besides posting the top individual score overall, Coello, aged 14, was also named the individual winner of Height Class C. Bahamian teammates Storm D’Arville and Ella Saidi were also named as finalists in that height class, finishing 4th and 6th respectively. While dominating the top Class C, Team Bahamas fared less well in the lower height Classes A and B, with the result that overall in the team competition, The Bahamas placed third behind Bermuda and Barbados. For full results of the MJC 2022 see here

Sunday was a fun day for Anna Camille Vlasov and her Belgian Warmblood gelding Gulliver du Saint-Chȇne as they blazed to victory in the 1.40m Grand Prix competition on the final day of the Mediterranean Equestrian Tour in Oliva, Spain.

CoVlasov and Gulliver were only one of two pairs to ride double clear rounds over French course designer Eddy Castillon’s challenging track. A crisp first round in 74.23 seconds put them atop the leaderboard after the first round. A fast, careful effort in the jump off kept them there, as Vlasov went clear in 39.40 seconds to hold off the only other double clear combination – Great Britain’s Joanne Whitaker, aboard Meriarta – beating them by just 0.98 seconds. Carlos Borho Gifon and Esprit de L’Esprit Z of Spain were third.

Vlasov will continue to compete in Europe over the next few months as she prepares for her next goal: to represent The Bahamas at the CAC Games in 2023.

What a weekend! Thank you to all who participated in the Caribbean Equestrian Association (CEA) Educational Tour and to all the competitors in the inaugural Bahamas leg of the CEA Mini Jumping Challenge. Congratulations especially to Erika Adderley, D’Yanndria Saunders-Curry, Kimberly Johnson, Dr. Amanda Pinder, Cathy Ramsingh-Pierre and Carrie Saidi on achieving certification as CEA Jumping Officials. A HUGE THANK YOU to our clinicians, Heidi Mello, President of the Caribbean Equestrian Association, and Colleen Hoffman, FEI Level 3 Jumping Judge, of Spruce Meadows, Canada.

Congratulations also to those fifteen riders who made history by riding in the inaugural Bahamas leg of the CEA Mini Jumping Challenge. Results were tallied for individuals in each class, and for The Bahamas as a team, and will then be ranked against riders from other CEA member islands. The MJC is run in each CEA member country over the course of the calendar year, after which overall results from the region are tallied and awards distributed.

CEA President Mello had strong words of encouragement for all involved, saying, “As President of the Caribbean Equestrian Association, I have seen many firsts for Equestrian Bahamas. This is their first year as members of the CEA…their first time competing in the CEA Mini Jumping Challenge…and [their] first officials to be regionally credentialed. Equestrian Bahamas has a great future in both international and national equestrian sport. I wish them every success to obtain their reachable goals.”

Big thank you to Camperdown Equestrian Centre for hosting the event, and to the Bahamas Olympic Committee, Blanco Bleach and Fox Hill Nursery for their support in making the event such a success!

Our riders made a splash last weekend at the 2022 Marshall & Sterling Finals in Saugerties, New York. Congratulations to Isabella Coello, Hannah D’Aguilar and Ella Saidi for qualifying to ride in the Finals, against a tough field of 74. We are super proud to have TWO riders finish in the top 12 for the first time ever! Special congratulations go out to Hannah D’ Aguilar and Isabella Coello for amazing first round scores of 80+ and finishing in the ribbons! Hannah rode Last Call (owned by Penny Schell and Valley Crest Stables LLC) to 5th place overall, while Isabella Coello rode Greystone Stables’ Schokolade Sea to round out the top Finalists with a 12th place finish. Of course we also congratulate their trainers Kimberly Johnson of Camperdown Equestrian Centre, and Erika Adderley of Mariposa Stables! Special mention also to Ella Saidi who rode Megan Gore’s Normandy for an overall 30th place finish. Congratulations to all!

Kacy Lyn Smith and her horse Chicago M rode a double clear round at Loudon, Virginia, this weekend – and in doing so made history as the first Bahamian junior rider to qualify for the FEI North American Youth Jumping Championships, to be held at the Great Lakes Equestrian Festival in Traverse City, Michigan, in August 2022.

Thanks to all who attended the 2021-2022 End of Year Awards Ceremony at Balmoral Club this past weekend to celebrate our fantastic athletes and coaches! Congratulations to the organizing committee for their efforts in achieving such a successful event!

Mother Nature tried her best to put a damper on the last show of the season but our riders wouldn’t be stopped, with super performances from all! Way to end the 2021-2022 season!

Bahamas Equestrian officials had much to celebrate at the recent Pan-American Equestrian Confederation 20th anniversary Gala Event held in Wellington, Florida. The Pan-American Equestrian Confederation (PAEC), a member of the Pan-American Sports Organization (PASO), is comprised of the National Federations of the Americas and the Caribbean and was founded in 2001 to promote sustainable equestrian sport in the Americas. EB officials joined representatives from the FEI and fellow delegates from PAEC member nations to commemorate the organization’s anniversary.

Saidi finishes in the ribbons at IEA National Finals

Ella Saidi turned in a polished performance to finish 5th at the Interscholastic Equestrian Association National Finals in Harrisburg, Pennsylvania, where over 800 leading middle and high school equestrian athletes from across the United States converged this past weekend to compete for top honours in Hunt Seat, Western and Dressage classes, championship titles and collegiate scholarships. 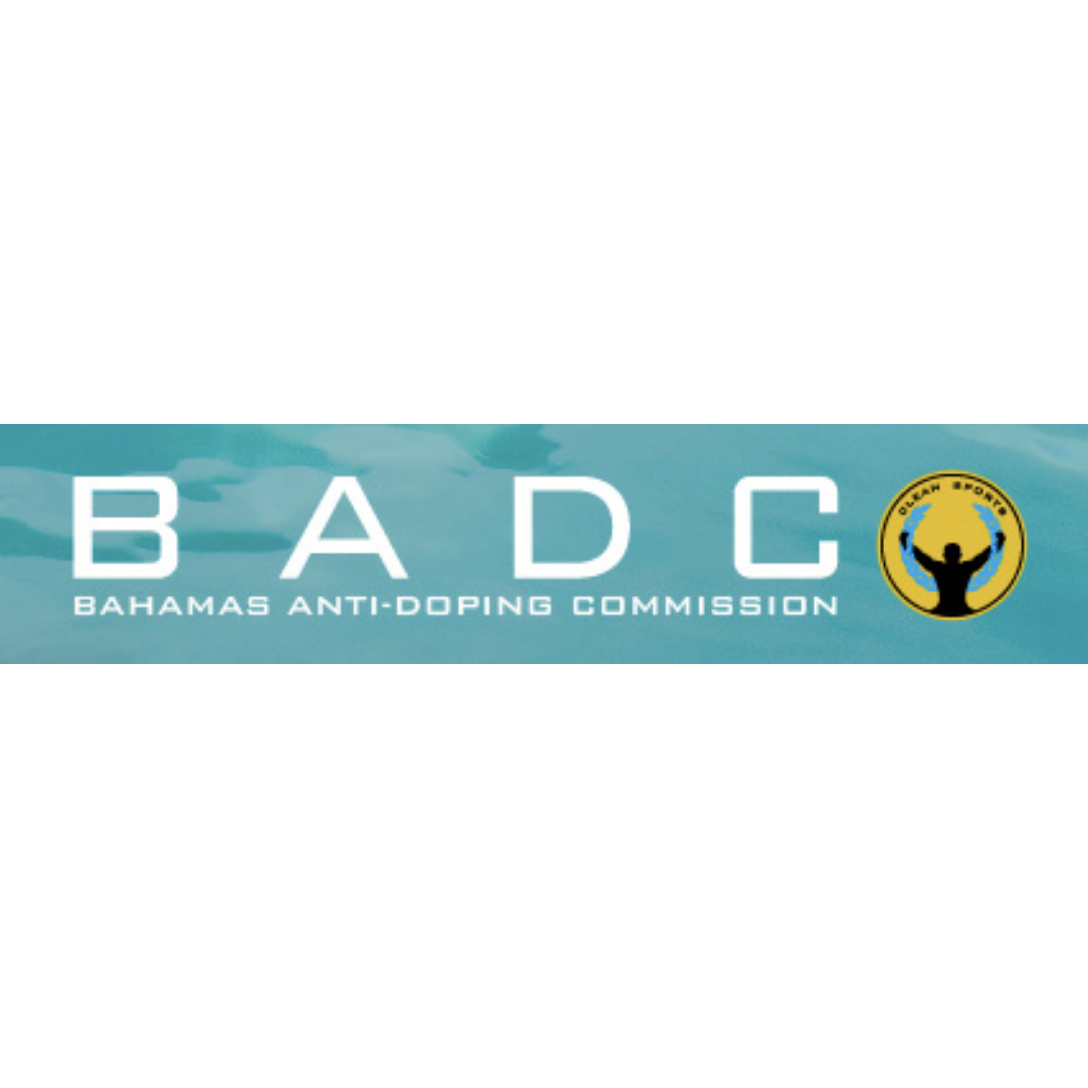 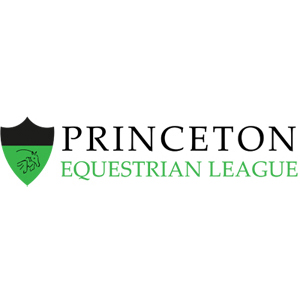 A new horse show season is here, with more competitive opportunities than ever before! Check out the new Bahamas Interschool Equestrian League Rule Book, as well as the revised class specifications for all EB shows in the 2019-2020 year!

Whether you are a rider or parent, horse owner or trainer, sponsor or visitor, we hope you will find something of interest in our site. Keep up to date with the latest to do with EB and all things equestrian!